"If we continue increasing the population of the Earth as we have been over the past decade or so, 500 years from now there will only be enough room on Earth's surface for everyone to only stand up straight." -- NdGT

Oh, this again. Excuse me, but wasn't that what we used to hear about the year 2020 back in 1980!? That by the rates of population growth we had back then, there would come a point where people would only have enough space to stand on top of each other?

One would expect from a scientist who likes to present himself as an advocate of reason and critical thinking, to know a thing or two about the complexity of demographic systems, the huge palette of factors bringing a certain level of self-regulation to population (even with the added factor of modern technology developing at an almost exponential rate), etc. But no, he aimed for the scandalous, the sensationalist and the alarmist.

I'm not saying overpopulation isn't one of the major problems that humankind has to address on a long-term basis. We do need smart decisions and policies in that respect, and it's a complex process that's not going to be easy at all - for sure. But abandoning reason and speaking nonsense in your attempt to dumb science down to pander to the lowest denominator - now THAT is something that tends to chip large chunks off a scientist's credibility. It does a disservice to science. And I'm saying that as someone who truly loves and enjoys Neil's work. 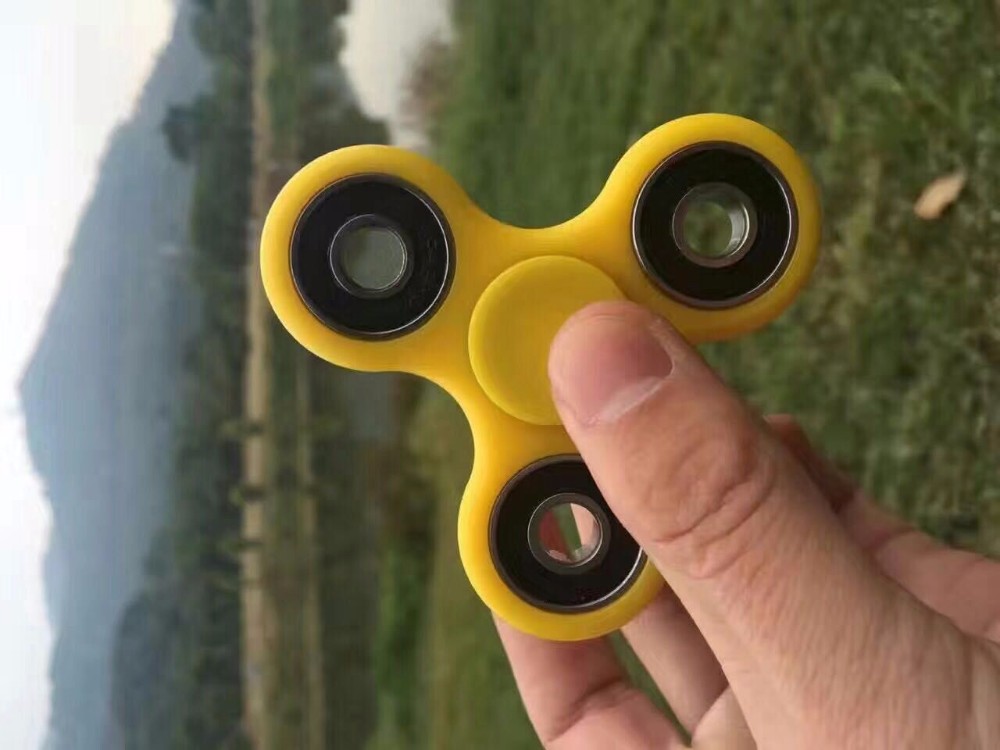 Modern teens are threatening the future of humankind with extinction, scientists and psychiatrists are warning, since the emergence of the new global mania, the so called fidget-spinners. The reason is that because they've occupied their hands with the little spinning gadgets, their sexual maturing is getting hindered.

"When you meet a bear, cover yourself in shit so that the bear won't sense your presence".
"But where do I get so much shit from?"
"Oh, be sure there WILL be shit!"

Trump's insane management of American politics is simply a manifestation of where America's mindset has been for decades. Our way or the highway. Well, America, we're all on that highway now, and you're welcome to wander aimlessly on the backroads for the next few decades.

Yeah... this is just Trump's personal vendetta to wipe out everything the Obama administration did. Still, it's good to see some states and cities ignoring the moron and continuing the effort on their own. And good that all other countries are seeing that not all Americans are following his idiotic, selfish decisions:

What could possibly go wrong?

LONDONABAD, Britannistan. Prime Minister Theresa May has come up with an amazingly ingenuous proposal for solving the rising terror problem that Mother Britannia is having these days. She is preparing a draft of a bill that would enforce Sharia law across the UK.

Her rationale: if people were following strict Islamic law, they wouldn't have anything to be afraid of, since Allah keeps pious Muslims safe from harm, right? And that would also remove a major point of justification for the terrorists' actions (we're currently infidels so we need to be exterminated).

The knife-wielding arseholes who drove a rented van into folk and then went on a stabbing spree died in a hail of bullets. What is also becoming apparent is that people are prepared to fight back. All sorts of people actually went after the terrorists in the hope of stopping them.

Does the panel think that this will make it more difficult for the terrorists?
Or will it just lead to vigilantes stringing up people on suspicion of being Muslim? Or beating them up for walking around with an offensive Hijab on?

Also how many more of these sort of outrages need to occur before all of Europe (the U.K. included) push further towards fascistic anti-Islamic policies? We've already had that manic Hopkins woman advocating a final solution in the Daily Heil (and resigning over it). How many more outrages will incline the majority of voting people to go properly Third Reich on ordinary Muslims arses? Because, after all, in a democracy, the majority will is paramount, and constitutions can bend and stretch and be reinterpreted according to requirements.

Iran must be very happy about this. Qatar has been a major thorn in their ass, geopolitically. Really, any rifts between the Gulf states is welcome news for Iran. Especially since divide-and-rule is their fave strategy. Breaking up the anti-Iranian coalition is their number one goal, and this development is going to help greatly in that respect - just as Trump was planning to reverse things with them and put Iran under pressure again.

This will surely divert attention from Iran's military adventurism and their new level of geopolitical assertiveness, what with their involvement in Iraq and Syria. Iran has expanded their activities in Iraq through their Shia militia proxies, and they've allied with the Kurds to counter Daesh. Assad in Syria is supported by both Russia and Syria, and doesn't look likely to go away any time soon. All in all, Iran has scored a major victory, and is about to complete their coveted belt spanning the main oil pipeline routes from Central Asia to the Mediterranean.

How happy would Putin be with all that, is another issue. But the Qatari development is a major blow on America's and Western interests as a whole. And they've had it coming for quite a while now.

What we know so far about the London attack:

7 people were killed and 48 injured and taken to hospitals.
21 victims remain in critical condition.
8 officers fired 50 rounds at the attackers.
The attackers drove a van into pedestrians before stabbing people.
The police shot dead a total of three suspects after the London attack. Their response to the crisis has been called "a victory".
The Prime Minister said there was "too much tolerance of extremism" in the UK.
Trump responded with his own attack on the London mayor for being "too soft" on terrorism.

As expected, people are putting the British flag on their Facebook walls, saying things to the effect of, "I am London". Meanwhile, Britons are heading back to Ariana Grande concert in defiance of terror. An attack in Kabul, Afghanistan, that included a huge bomb explosion close to the highly protected diplomatic quarters, went largely unnoticed. Again, as expected.

And the debate about immigrants, refugees, and the radicalization of marginalized minorities continues. Trump, of course, isn't helping. And Europe, of course, has no idea how to deal with the problem.

The Twittersphere is buzzing again! Trump has spoken! And what a word he has invented!