While America is reeling with the choice it has made, glimpses of its potential near-future can already be viewed in their full glory in the new reality across the Pond, in one of America's staunchest allies, Poland. They've been having a right-wing government for a while, and now it's decided to cross the line. Except, a huge push-back is forming from the people. The first attempt of the government to start imposing a fundamentalist Catholic regime has been parried by the so called Red Protest. But now, the ruling Law and Justice (PiS) party is planning to strike back. All in all, things are looking grim for Poland.

For Life, that's how the new project of the rulers is called. But if we look closer, we might notice that its authors have conveniently omitted to add ...In Suffering. Because that's basically the idea. Believe it or not, the Polish government is indeed a bunch of right-wing extremists, even by American standards. Now they're not shying away from using public funds to cause people suffering, and presenting it as some kind of good. 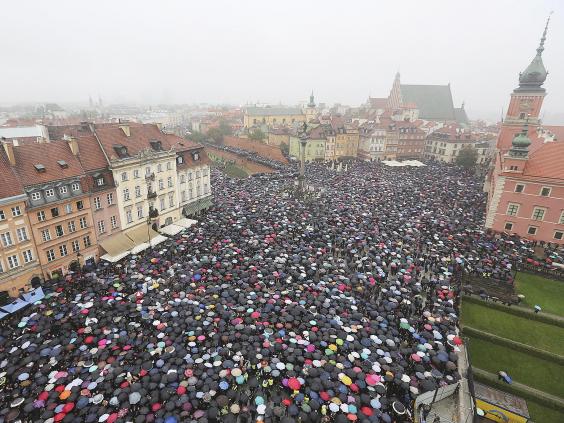