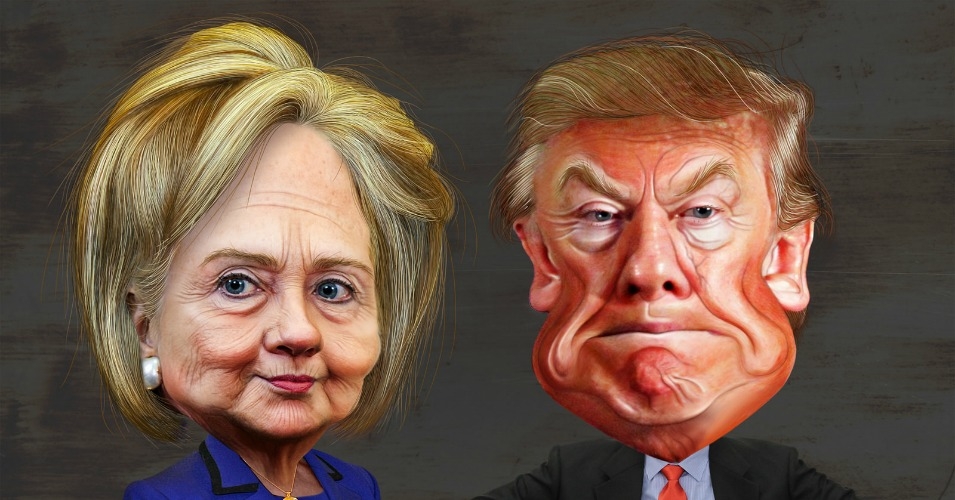 Yeah, you knew this was coming. Now that Election Day is upon y'all, my American friends, here's the place to dump all our stories, reports, projections, speculations, impressions, and rants about the voting.

It's been a wild, wild race. And some may've prayed that it could be over way ago. Still, it's going to be a thrilling, if a bit anxious day for everyone. The long campaign is coming to a climactic ending.

Hillary Clinton sounded confident yesterday as she sought to cut off any path to the coveted 270 electoral votes for opponent Donald Trump. The billionaire, for his part, promised that his supporters would propel him to a surprise victory. Both have crisscrossed the country during one of the most frantic stretches of the campaign, featuring dozens of appearances in a number of separate rallies heading into Election Day.

Polls have been rolling in by the hour, the majority showing Mrs Clinton with the edge nationally. The picture may look a bit different as far as the Senate and House are concerned, though.

And let's not forget that there are tens of local referenda on various issues, from gun control to minimum wages to legalising pot - plus the gubernatorial races. But the biggest of them all is the presidential election, which could be viewed as a referendum on hate and division in some sense.