Well, ain't that the moment quite a few had been waiting for. As the media has spent the day painting all Republicans as anti-science, flat-earth types (a view that's not entirely devoid of merit, by the way) in light of comments made by Gov. Chris Christie and Sen. Rand Paul on vaccinations, plenty of conservatives must have wondered when Hillary Clinton would finally emerge from her Twitter silence and declare her position. And lo and behold! The bandwagon didn't take long to get overcrowded: 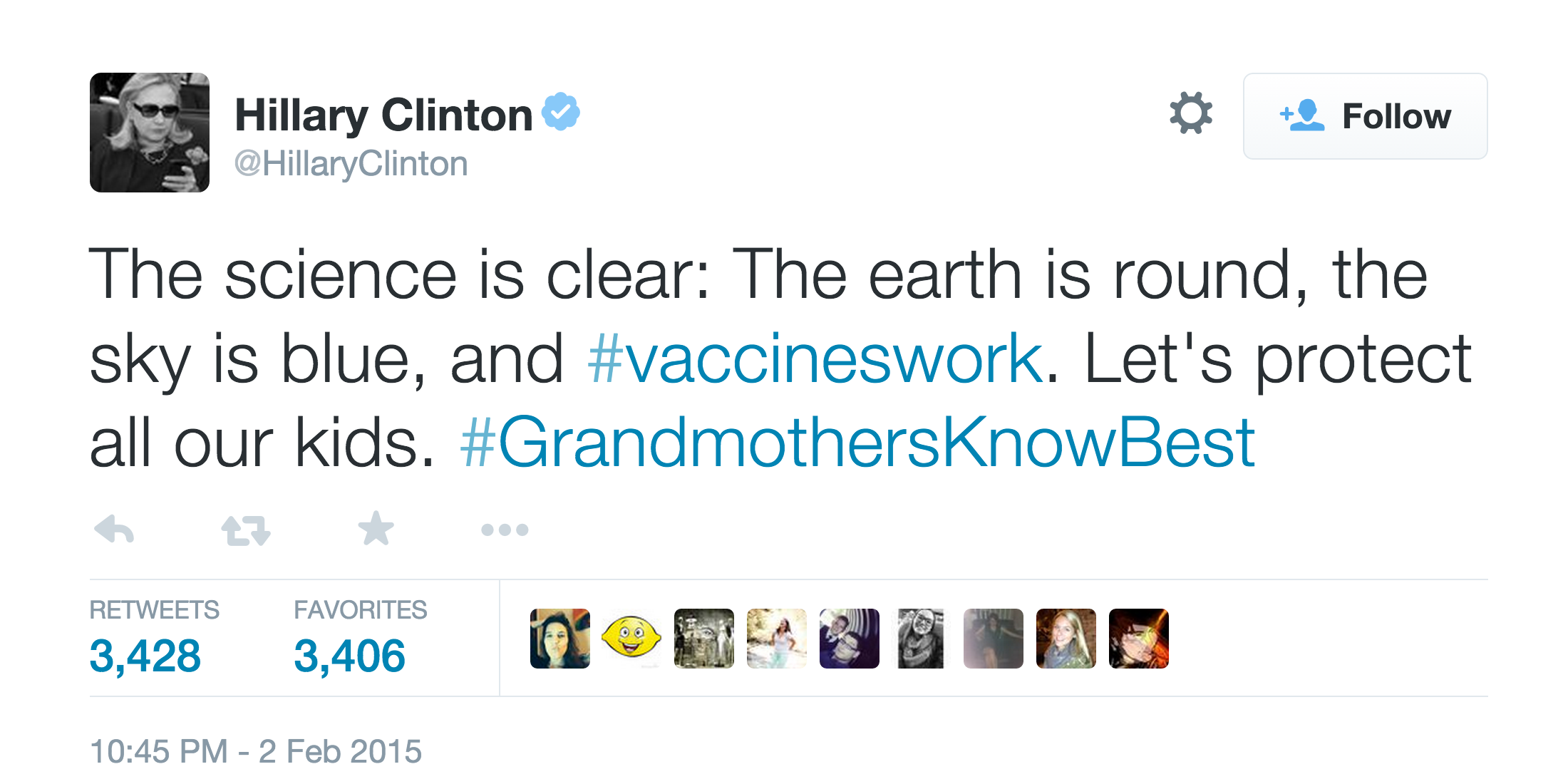 Well, she couldn’t be much more clear than that, could she. "Grandmothers know best", perhaps, but what about those years before she was a grandmother? Because, hey, there was a time when Hillary Clinton also flirted with the theory that vaccinations increase autism risk, the anti-vax group she had been pandering to at the time bearing the ominous name Advocates for Children's Health Affected by Mercury Poisoning.