Okay folks, the US elections are over, and, as the dust is slowly settling, we're beginning to recall that a whole big world exists out there. Now that we've learned who the new/old leader of the world's most important nation is gonna be, let's look at the second most important nation if you don't mind. China.

Apparently there's nothing that scares the Chinese elites more than potential chaos. The CPC may be preaching harmony and stability in society, but in fact the latest developments around the long expected change of power at the tops have shown anything but harmony.

It all began with the huge scandal around Bo Xilai, the former CPC darling. Then came the Bloomberg and NYT revelations about the billions of wealth piled by PM Wen Jiabao and the current frontrunner Xi Jinping. The two media websites were instantly blocked in China and this harsh reaction revealed the vulnerability of the rulers, just before the once-in-a-decade transfer of power. It's supposed to happen at the grand conference of all commie leaders that has started today. But the internal tension within the party and the voices for reform and the growing criticism after the corruption revelations, are promising anything but calm quiet times. And it's not like what's happening in the world's second biggest economy (which holds the biggest currency reserves) is not something to be concerned about.

What are your favorite comedies?

Nor'easter leaves New Yorkers without power. I'm not surprised.
I know It is cruel to say "I'm not surprised". I know it is needed to say: "I am sorry..."
And I'm really sorry, but to my mind problems with electricity are expected. Irene, Sandy, snow, rain, breeze, sunny weather.... It looks like everything can be a reason of problems with power.
Look at these pictures:

Dear fellow freedom fighters, despite his awesome character, our candidate the Rominee was unfairly beaten in a stolen election by the incumbent President Hussein bin-Obama, the well-known Manchurian candidate who's been destroying This Great Nation from within for the last four years. Clearly, we've all realized by now what could've stopped the re-election of the first black, gay, Marxist, Muslim, atheist, anarchist, Islamofascist, Communazi evil mastermind who's a puppet of the banksters, teh Juice, Muslim Brotherhood, Chinese commies, Illuminati, Bill Ayers, Saul Alinsky and Elizabeth II, Queen of the Shapeshifter lizardoid Andromedans. Our dear fellow freedom fighters, the one thing that could've stopped him, and what will ultimately stop him from becoming a three-term president, is... more batshit insane conspiracy theories!

I would like to take the time now to congratulate all the fine, true-patriot Americans out there for helping elect Mitt Romney and Paul Ryan as President of the United States. Ohio was a tough state to win but we finally pulled through, so much for that land side but oh well a win is a win right? As for all those liberal traitors out there I say, and I quote: "nanny nanny boo boo stick your face in poo poo". Haters gonna hate, and they're going to hate for a full eight years. Eventually they'll be thanking us after we force this country to forfeit, and sell off the rest of it's assets to China, making the ultimate sacrifice to the invisible hand of the free market. I'm also pleased that we will be bringing back jobs to America, and by jobs I mean blow jobs of course. That's right, kneel down before Karl Rove because that's how us Republicans do things! (We just don't admit to it.) Let this be lesson to you that this great country of ours has no place for Kenyan islamofascicommuterrorists.

The Wife™ and I have made a decision. We are no longer going to buy Amish products.

Speaking of, an old neighbor told the story of going in to a local hardware store for something and being forced to wait. The cashier looked at the line, gestured the two women in at the rear of the queue to come forward and said, "Penises wait!"

And speaking further of, some web site running dude had a bit of a hissy fit the day after the election, resulting in a life-changing decision:

If I meet a Democrat in my life from here on out, I will shun them immediately. I will spit on the ground in front of them, being careful not to spit in their general direction so that they can't charge me with some stupid little nuisance law. Then I'll tell them in no un-certain terms: "I do not associate with Democrats. You all are communist pigs, and I have nothing but utter disgust for you. Sir/Madam, you are scum of the earth." Then I'll turn and walk the other way.

We are social beasts, and being social sometimes means living with—and tolerating—differences. No, no one is going to force you to accept everything, just as we won't expect to understand your little weirdnesses anytime soon. But shunning all? That's a bit extreme.

Good thing there are caves in the wilderness ready for habitation, right?

Hey folks. I know it's Friday and we're supposed to be non-serious here, but I have a question that I've been pondering about ever since I heard it being said around here that the Democratic campaign had tried to dilute the focus point of what should have been the issue #1 on these elections, namely Jobs Jobs Jobs and The Economy, Stupid. I've often heard here lately that various distractions have allowed the discourse to stray way into social issues, despite people not caring about them as much as the economy (as the polls seem to suggest). So I'd like to understand this. How are social issues not economic issues? 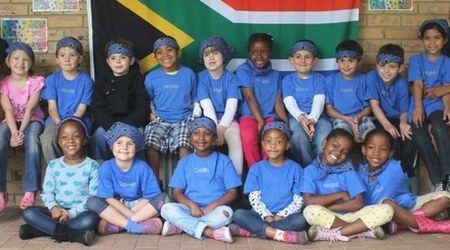 As an elementary school teacher, I have the awesome privilege to work with kids aged 6-10 for most of my time. To talk with them, discuss important and funny issues, teach them interesting and useful things, but also learn from them. Yes, kids can teach us to look at things from a different perspective, one that we are not used to, or have forgotten a long time ago. And sometimes they ask the most hilarious questions! But after the initial giggles, you realise there is actually much more sense in what they want to know than they can even begin to imagine. And no, "I don't know" is not an option!

How would you have responded to these? And what other funny questions have you been asked by kids? How did you respond? :-)

I know I should stop reading these, but I just can't get enough. Here's more choice bits from commenters to the stories on Glenn Beck's page post-Obama's election.

- The government will try to arrest Beck at some point, we should form a citizen guard so that they have to kill us to get to Glenn.
- George Soros paid Hannity, Limbaugh, and O'Reilly not to talk about the benefit Bush's tax cuts had on the economy.
- The Republicans will continue to lose as long as they keep leaning too far to the left.
- Women in the workplace has led to the downfall of families.
- There are many Democrats who will vote Republican and are in hiding due to the "insanity" of the Democratic party.
- Romney lost due to Marxist propaganda that misstated the Republican views.
- Rather than cater to minorities, the GOP needs to attack them more, otherwise they will feel patronized.
- The correct way to get more minorities to vote Republican is to not talk about race.
- Boehner is actually a Democrat, he's just pretending to be Republican because he wants the power of the Speaker of the House.
- Obama won because Voter ID laws were not passed.
- Hurricane Sandy was a warning from God of the true punishment that would come if we rejected Him by electing Obama.
- The US was given to Americans by God, He simply allowed the Indians to live there until we came. It's not correct to say we took America from the Indians.

This is all from one article! Although I was actually surprised to see that some of the commenters wrote fairly insightful and reasonable things about Romney's loss and what the GOP needed to do moving forward.

But the number one, not really that funny, thing that I see over and over again on these comments is the idea that Obama was re-elected because people want government assistance because they're too lazy to work. I haven't heard a single person make this argument on the Democratic side.
Collapse