I suppose it’s appropriate that we get this truly scary, fanged, and drooling glimpse of the face of modern capitalism on October 31st. CNBC Senior Editor John Carney has decided to weigh in on the subject of price gouging during a disaster.

What’s striking is the bland cluelessness, a level of naivete that, feigned or not, borders on the murderous. After pointing out that, once a few of these layabouts experience having to pay, say, $100 for a case of bottled water, they’ll have received a salutary lesson in being prepared for disaster, Carney observes:

One objection is that a system of free-floating, legal gouging would allow the wealthy to buy everything and leave the poor out altogether. But this concern is overrated. For the most part, price hikes during disasters do not actually put necessary goods and services out of reach of even the poorest people. They just put the budgets of the poor under additional strain.

Right. The poor never have to do without “necessary goods and services” in normal times, so they certainly won’t have to do without them during disasters like floods and hurricanes! For the most part, anyway. And if a few poor people are unlucky enough not to be part of that “most,” seeing a few bodies of neighbors who’ve died from hypothermia or thirst will teach the rest of those lazy beggars a lesson about the dangers of overconsumption!

Carney apparently believes the plight of many people during a disaster is about dickering over prices rather than access to resources that could save lives. “This is a problem better resolved,” he declares, “through transfer payments to alleviate the household budgetary effects of the prices after the fact, rather than trying to control the price in the first place.”

Of course, this is only going to help those people who managed to survive in a "marketplace" where the prices of goods are jacked up to the point where they end up having to choose what live-saving goods to purchase. Potable water? Uncontaminated food? Dry warm blankets? Hey, if you can't afford all of them that's just now how the marketplace works, buddy, and if you or a member of your family ends up not making it because you chose wrong, those are the Randian breaks.

Surely the transfer payment you get later will compensate for having to watch them die.

But wait! There's more! Carney has followed this post up with another mentioning merchants giving away perishable goods, in which he asks:

Clearly, people could pay market prices for the perishing goods. Does the fact that they aren't mean consumers are gouging merchants? Should this be illegal?

Is this man from another planet?

Once upon a time there was a country which had been run by a small group of people who abrogated to themselves disproportionate power, excluding people from running the state they theoretically had a say in.
( Collapse )


The issues of our time do not have the kind of singular charismatic focuses that were prevalent in the 1930s/40s. The world is a much bigger place than it used to be, it's back to being a single interconnected bloc, and the major crises are economic and environmental ones. Subjective, in other words, not visibly parading massive Freudian testaments to.....political potency. Let's leave it at that. These are problems requiring long-term solutions that transcend previous gaps, the kind that invariably only see too little and too late of a solution, if a solution appears at all. Focusing on the horrors of a long-vanished time whose spirit is long-dead does not provide the answers we need.

The 21st Century's problems need 21st Century solutions. The 1940s are dead and must at some point become as obscure in terms of references as things like the Battles of Varna and Pruth, or the Battle of Myriokephalon, or the Battle of Cajamarca, or the Chu-Han Contention. We need new rhetoric for a new era.

Merhaba, my fellow bored armchair-warriors you troubled disaster-stricken folks who might be in need of some distraction! Here's a story as detached from your flooded reality as it could possibly be. Just a few days ago, a 100 year commemoration was made around here since the start of the Balkan Wars. A series of regional conflicts that ignited this powder keg that the Balkans have always been. Some have expressed concerns that today, the great-grand-sons of the then Ottoman oppressors are taking over the Balkans again, but in quite a different fashion. And I'm not merely talking about the Turkish TV soapies that've plagued all our stations. I'm more likely speaking of the big Turkish investments in the region. But wait, you'd say, when has the infusion of fresh cash into the economy been a bad thing? And that'd've been a totally American question of course. But as usual, nothing is just black and white when it comes to the Balkans. So let's see what the big deal is...

As per our tradition, first play this in a separate tag, just for atmosphere. Now that we've settled this...

In typical denial-of-death American tradition, tonight we celebrate the night before the Day of the Dead, pretend the ghouls walk the earth and look oh-so-cute, and engorge ourselves into early graves on sugary treats completely oblivious to the irony. 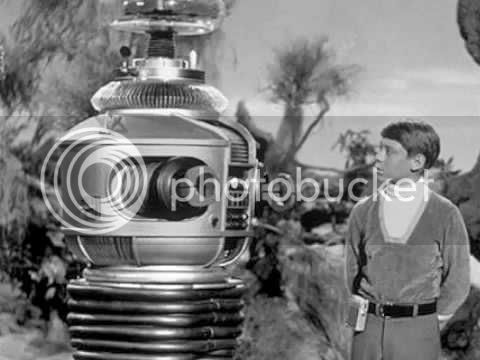 That doesn't mean there aren't scary things out there ready to go bump in the night, on one's head if need be. And the usual suspects have been bumping the noggins of The Wife™ and I for far too long, clogging the interstitial spaces of our media programming with Boo! and LOOK OUT! and OMG Socialism!!! warnings of all sorts. We can't even answer the phone for fear of being nabbed by a robocaller promoting this Referendum or that Candidate, all hiding behind innocuous caller IDs like "TOLL FREE" or "Seattle" or "Out of Area." Danger, Will Robinson!

I am, of course, referring to our campaign season. Yes, one of our better presidents, Franklin D. Roosevelt, did say that "We have nothing to fear but fear itself." Thing is, ( Collapse )

If you like the story of Uppie's campaign but don't want to wade through a doorstop of a book or even a New Yorker article, check out the On The Media piece, The World's First Political Consulting Firm for a good interview with Jill Lepore, the author of the NY piece.

With less than a week remaining until the voting stations are opened, and America picks up the lesser among two evils ... the next Antichrist ... the guy who will shortly preside until the impending Mayan apocalypse, here is a question that has been torturing this blonde head recently... not letting me sleep at night, constantly wondering. So far I may have avoided delving into the stinky corners of US elections, but how can one resist the temptation to fall prey to the dark side of American politics and mount that bandwagon? (Did I say mount?) So, do have mercy and help me put those demons to rest by settling the issue once and for all! Everyone needs some sleep! =)

My question, should you choose to accept the challenge, is mostly directed at those among the American audience who are not yet 100% decided which candidate they would cast their vote for. Or who have at least some doubts, or who do not fully agree with this candidate's platform or the other (I know, they do have platforms, initially I couldn't believe it either). Or just take part even if you have already made up your mind but you feel you have something to say.

The question is this: Being still not-entirely-decided, is there anything that could decisively swing your vote in one direction or the other, and make you a convinced supporter of one candidate over the other, even if you had previously had other intentions? And what could that be?