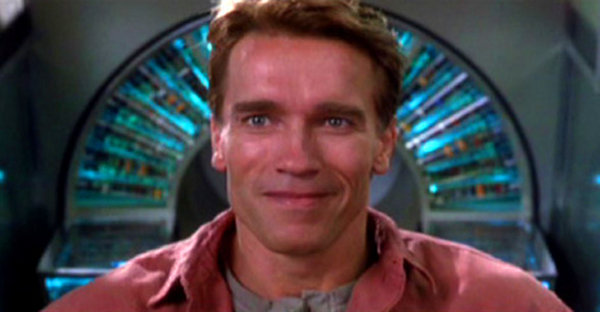 The one fatal flaw in the Electoral College is that it allows for the possibility of tied vote, something that's increasingly likely in the polarized electorate of the last twenty years.1 Nate Silver recently wrote a column about this. NBC News political coverage director Chuck Todd and Pete Williams (who covers the Supreme Court and Justice Dept, and is himself a lawyer) talked on about ramifications of a tie election on The Daily Rundown.

Chuck Todd believes that if this happens, the most likely scenario would be this: 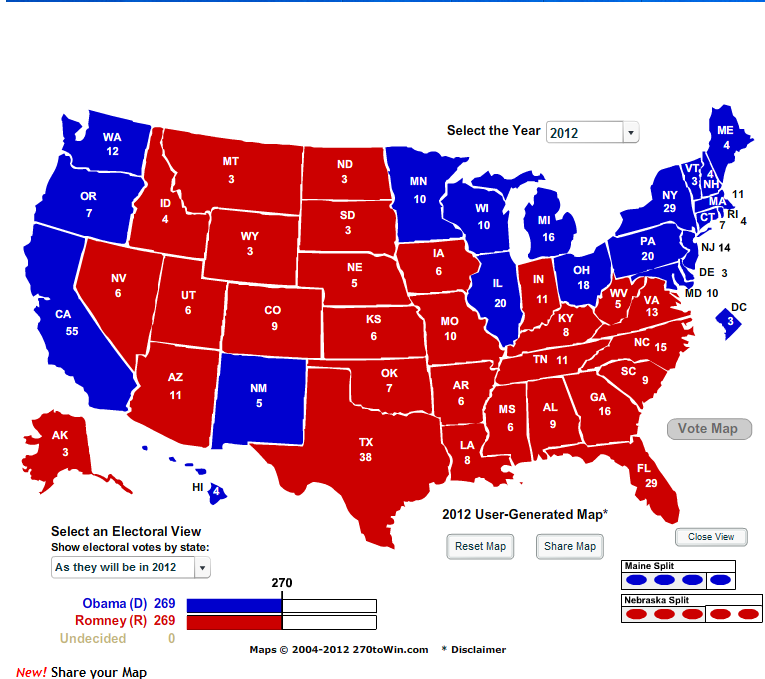 And when you check Nate Silver's analysis of the state of the race, Mr. Todd is spot-on. One new feature in this election cycle is that in some states, electoral college votes can be split within the state. Case in point is Maine. It has four electoral votes, but the 2nd Congressional district is very conservative and rural. What happens if Romney gets 1 vote, and Obama the other three and change up the map just a wee bit (Flip Nevada back to President Obama, then Wisconsin and New Hampshire to Governor Romney)? 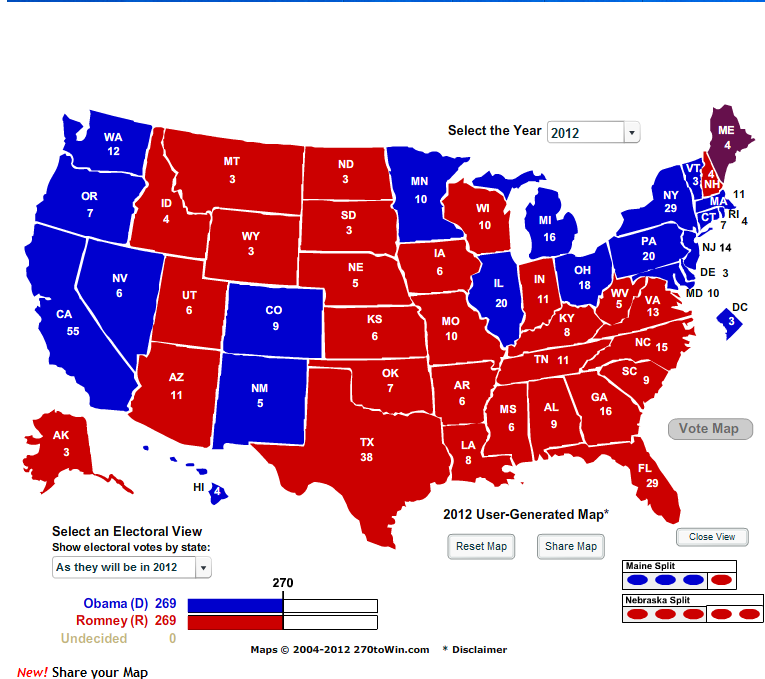 So what happens in the case of tie electoral vote? (assuming no contested elections, appeals to the Supreme Court, blah blah blah). Congress would have a "contingent" election. The House of Representatives would elect the President, the Senate the Vice President. In the House each state delegation gets a single vote. The candidate would need 26 votes to win. What happens if there is a tie? They would keep voting until a winner was declared. In the Senate, they would vote individually, 51 vote needed to win. But what happens in a tie vote? The sitting Vice President would cast the tie breaking vote according to the Constitution. No doubt, Republicans would object to this (it would be pointless, but if they did....) the Senate Parliamentarian would rule on the matter, and the Senate would vote on that recommendation. Tied vote on that? The Vice President would cast the tie breaking vote ;)

The District of Columbia gets 3 electoral college votes, but in the case of a contingent election in Congress, they would not vote. And it would be the newly elected Congress that would vote (they take office in early January and in fact one of their first duties is to count and certify the November election. Then there is the issue of "faithless electors," who change their mind at the last moment and will ignore who they were elected to vote for. That's not as rare as it seems -- it's happened ten times previously, the most recently was in 2000, when the District of Columbia's electors changed their vote to protest the Supreme Court decision in 2000 (Bush vs. Gore). If an single elector changed their vote, the contingent election in Congress would not be needed.

Some of this confusion stems from the fact when the United States Constitution was written there really wasn't an idea of political parties, it didn't take long to end up with the odd situation like in the 1800 election, where there was a tie. The 12th amendment was passed after the 1800 election to remedy several flaws.

One of the pluses mentioned for keeping the Electoral College is that it forces the candidates to go to several states, and not just worry about the states with the larger population centers (e.g. in a strictly popular vote - winner takes all, states with large urban centers would become too powerful and eventually control the national political agenda). But the same complaint can be made about the Electoral College now, several states are essentially now the "king makers" and in this cycle, Ohio and Virginia are getting nearly all campaign visits. What are the chances you'll see President Obama or Mitt Romney campaign in Idaho or Nebraska?


----------------
There are 538 votes in the Electoral College (based on the states population and House of Representatives districts). You need 270 electoral college votes to win the election. Voters in November are really electing ELECTORS, that will meet in their state capitals in December and cast their ballots, which are then counted and certified when the new Congress is seated January 3, 2013. The District of Columbia gets 3 votes, but if there is a contingent election in Congress (due to a tied Electoral College vote), Congressional representatives would not be able to vote.

She was not particularly pretty, more like what we would call "adorkable". But she was extremely smart and even more adjustable, ambitious and ingenious. Even cold-blooded cruel in her aspirations to the Sultan's throne. And her success was not just because she made Suleiman the Magnificent her spiritual slave. But that sure helped a lot too.

Alexandra, or Anastasya (Nastya) Lisowska was born in 1506 in the family of a priest in Rohatyn, a small town then in Poland (now in Ukraine). When she was 15 she was kidnapped during one of the many invasions of the Crimean Tatars. The legend says that this happened at the eve of her wedding. Initially the captive was held in Crimea, but the Tatars soon realised that her charms meant she could be traded in Istanbul for a very good price. She was "lucky" to get into the "expensive objects" category... And not just because of her folksy beauty, but mostly because she was extremely charismatic and both emotionally and intellectually superior to most anybody else. The way she laughed heartily was something never seen by the Crimean horde before - that was a brutal time of blood and strife, after all. So she ended up in the Sultan's harem in Istanbul, under the name Hürrem (the laughing one). And no one ever heard her real name any more, Anastasya. But eventually she became known as Haseki Sultan, or as most Europeans called her, Roxelana.