This is very squicky and sounds like a Friday Fun Day article but it's actually serious. You have been warned beforehand that the whole thing's NSFW, and I am merely providing a link to it:

[NSFW, you have been warned]

To make a long story short, people started using an orangutan for a prostitute and the orangutan has been rescued. It's horrid and disgusting enough that the human sex trade exists today at all, let alone on the size and scale that it does. But a goddamn ape? No. Just....no. HELL NO.

^I mean that very literally, to boot. Why would anyone do that? 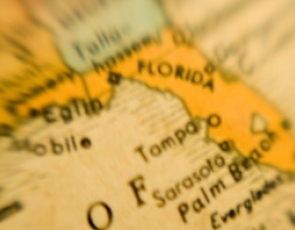 Yesterday, the Justice Dept ordered the state of Florida to immediately cease its voter purge, citing it as a violation of the 1964 Civil Rights Act, and the 1993 National Voter Registration Act, which governs voter purges for Federal elections. A Federal Court also threw out part of Florida's new voter registration laws, in a compliant brought against the state by the League of Women voters. The state had passed new requirements that voter registration drives by requiring certification with arcane procedures with severe penalties for non-compliance. High school student registration drives by civic clubs, church groups, and even the League of Women Voters, and "Rock the Vote" along with several county registrars complained that the new law was clearly meant to curtail any new registration drives. In fact, two high school teachers faced severe legal penalties for their voter drive that did failed to meet the 48 hour requirement.

The judge agreed and noted in the ruling:

The statute and rule impose a harsh and impractical 48-hour deadline for an organization to deliver applications to a voter registration office and effectively prohibit an organization from mailing applications in. And the statute and rule impose burdensome record-keeping and reporting requirements that serve little if any purpose, thus rendering them unconstitutional even to the extent they do not violate the [National Voting Rights Act].

Florida voter registration laws have been struck down before in violation of constitutional rights, and for violation of the Civil Rights Act before. Earlier this year, Governor Rick Scott signed a bill restricting early voting in the state, and revoked voting rights of 90,000 previously convicted felons (non-violent crimes), reversing previous Republican governor Charlie Crist's policy. Florida is a key battle ground state, with the race tightening and many recalling the voter purges prior to the 2000 election and the close race that was ultimately decided by the Supreme Court in favor of George Bush. So I think this is good news for protecting the voter franchise, particularly when there has been no demonstration or evidence of any voter fraud (which is the typical explanation offered by those seeking to limit voter access). In fact in the previous overturning of a Florida law, a circuit judge ruled that the state had offered very little proof of any voter fraud.

Venezuela has brought a new gun law into effect which bans the commercial sale of firearms and ammunition.

Until now, anyone with a gun permit could buy arms from a private company.

Under the new law, only the army, police and certain groups like security companies will be able to buy arms from the state-owned weapons manufacturer and importer.

Points to Venezuela for trying. And it should work against the sort of folks who follow the against those who don't...well, what's one more charge on the rap sheet, right?

One member of the public in Caracas told the BBC: "They're killing people every day. This law is important but they need to do more, they're not doing enough now."

Personally, I very much like the UK's gun laws but have no illusions that something like that would ever fly in the US.

As for Venezuela, well, at this point I can't blame them for trying anything down there. Latin American crime rates beign what they are the only thing something like this can really do is not work. Sadly, I don't think this will have much of an impact on the mean streets. But I will give points for trying.

I don't want to believe this is true, but I don't see any evidence denying it.

This is just fucking CRAZY. What is WRONG WITH THIS MAN?
He works for a woman, for gods sake.
Well, if you haven't heard, now hear this:

"Listen to Tom. What a little bee he has in his bonnet. Buzz Buzz. My question today … when is Tommy boy going to weigh in on all the Lilly Ledbetter hypocrites who claim to be fighting the War on Women? Let's hurl some acid at those female democratic Senators who won't abide the mandates they want to impose on the private sector" - Jay Townsend, a campaign spokesman for Republican Rep. Nan Hayworth (NY-19)


Aside from firing him immediately I'm at a loss for what we do with people like that.
How can you utter such a thing?

The internet is changing the world, alright. Now when someone says something fabulously stupid it's caught and shared, and until it's deleted it's there for all to see.


The only thing that would make this better is if someone can provide me with some sort of counter-evidence to this happening. Convince me that this is some big left-wing media ploy to fuck with Nan Hayworth. I mean, I want her out of office, but it seems like Jay Townsend wants her out of office more. Cause, c'mon. You don't say that shit and get away with it. For fucks sake.

Please, someone show me this story is some BS. It's the only way to make it better.

In California we have a proposition on the ballot to raise tax on tobacco a dollar.
Interestingly enough a lot of groups on both sides of the political spectrum are against this, albeit for different reasons, which I won't get into. I heard my first pro 29 ad today which ended something like this: "remember if you don't smoke you won't pay the tax".

Putting aside that "sin" taxes are usually dis-proportionally regressive to the poor; the way I understand this proposition is that if it passes the budget and administration will be set by projected income from the tax. What this means is that any shortfall in revenue will have to be made up by the general fund, which of course is supported by ALL tax-payers.

Questions and opinion behind the cut. 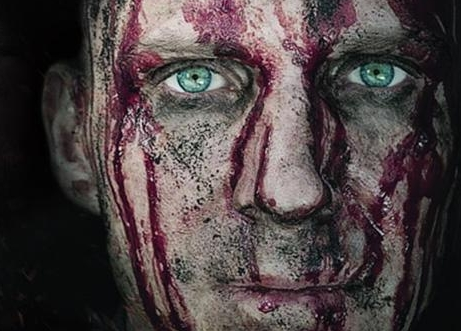 Set in a modern-day Rome in the middle of what looks like a familiar insurgency, the film opens with a mob of hungry Roman citizens advancing on a military-held enclave demanding grain. Martius’ soldiers beat them back effectively, and Martius appears briefly to sneer at them. He has no pity for their plight. They didn’t fight for their country; why do they deserve to eat? Were he alive today, he’d be yelling at them to get a job.

[Trailer for the movie behind the cut]

Roger Ebert's review is pretty good and a great introduction to the themes. If there is some interest by the community in either doing this as a book club suggestion, or maybe a "movie club" suggestion, leave a comment or some ideas for other books, etc. Thanks.
Collapse