No account? Create an account
Facebook Twitter Google
2008 seems an eternity ago, but nonetheless we are still suffering from the same recession which began in that year. Both political parties have brought forward ideas to stimulate the economy, and some of those ideas have succeeded for a time, but eventually, their effects wore off. People in America, and indeed all over the world continue to suffer with no clear end in sight. So what can the government do to fix the problem. Well, that all depends on how quick of a recovery voters want, but the basic premise will remain the same for both parties.
( Collapse )
The biggest problem facing any business is uncertainty. This has always been true. The problem with today's economy isn't that companies don't have any money to invest. On the contrary, financial firms are sitting on billions of dollars that should be getting pumped into the economy. However, there is uncertainty in the political sphere unfortunately, and therefore the dollars are not being invested. You see, businesses don't know what their tax rate will be in three days, they don't know what kind of regulations the government will impose on them next week, and they don't know who will be in office (or, for that matter, who will control Congress) next year to undo everything that has been done. It is no wonder that they don't invest their assets. It is simply too risky right now.So we can all agree, both Democrats and Republicans, that the best way to fix the economy is for the government to bring certainty back to the economy. To do this, someone needs to win the next election by a wide margin. Unfortunately, this seems unlikely. It is almost certain that the Republicans will take over the Senate and hold on to the House in November. However, the White House is a long shot. Romney is pretty popular, but we have seen this before. People thought that Bush would lose his reelection campaign for sure, but he managed to stay for the second four years anyway. I doubt that Obama will be supplanted. This is unfortunate. As difficult for me as it is to say this, a Democratic Congress and White House would be better for the economy than a Republican Congress and a Democratic White House. Of course, a Republican Congress and White House would be even better than that, but what the economy most needs right now is certainty, and we will not get that certainty if the Congress and the White House are at odds with one another. So what can we expect if the Democrats manage to keep control of the White House and the Senate, and take over the House? Well, for one thing, more regulations on financial firms. Also, expect higher taxes on the wealthy and businesses. Government spending will also certainly go up. The cuts our government desperately needs will not even be considered, much less be passed. This will definitely slow the recovery. But we will have a recovery anyway. If businesses know where they stand, even if it is on less than ideal ground, they will begin to reinvest. There will be certainty. After all, businesses want to make money, and even if they will make less money than they would under Republicans, less money is better than no money. No money is what they make when they simply sit on their assets.Now what if the Republicans keep the House and take the Senate and the White House? We will most likely experience a faster recovery. Fewer regulations on businesses, and lower taxes on businesses and the people who move the economy will allow financial firms and the rich to invest their money how they like. This will lead to a faster economic recovery.Unfortunately, what we can expect is a Republican Congress and a Democratic White House. In that case, it will be surprising if the economy recovers in the next four years. Unlike Bill Clinton, who was a realist willing to work with Republicans (he was also pretty fiscally conservative anyway), Obama is an idealist, at his core unwilling to make concessions. Republicans too are now less willing to make deals than they were 16 years ago. The Tea Party movement, now a driving force in the GOP, sees any cooperation across the aisle as a betrayal, and any congressman willing to work with the opposition risks losing his seat in the next election.This leads me to my final point. Government interference in the economy led us to this mess. Government has no business interfering with business. To quote Calvin Coolidge, "The business of the country is business." He meant that government should get out of the way of business so that the economy could grow uninhibited by government regulations. We as a country lost sight of this, and now we are paying for it. 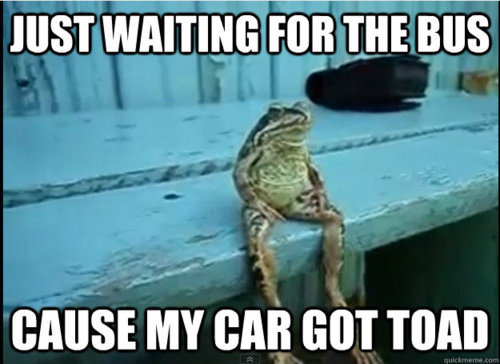 "I'm a torrential downpour, and I love open sunroofs..."

Vicki Saporta, president of the National Abortion Federation, told the Journal-Constitution that the crimes are alarming because of their rapid escalation. 'It’s not a good sign when one arson follows another, after following several burglaries. Something clearly is escalating there and we’re hoping that the strong law enforcement so far can stop it.' The National Abortion Federation and law enforcement agencies have issued warnings to staff and patients at women’s health centers in and around Atlanta to exercise reasonable caution and to be aware of their surroundings at all times.

Threre’s been an outbreak of arson attacks on Atlanta area women’s clinics. They include a fire set during business hours, while people were in the building, and two burglaries in which laptops were stolen containing the personal information of doctors and staff.

it should be noted that most of these clinics do not perform abortions. They are, however, linked to doctors who voiced opposition to abortion restrictions signed into law this month in Georgia.

The physical intimidation is escalating, not just to clinics that perform abortions, but to ob-gyn doctors who dare to speak out against restrictions on abortions.

It's a disgrace. Many people truly don't seem to understand the level of intimidation faced by people who work in women's clinics.

Or rather, they won't admit to understanding when in reality, they understand it perfectly well. Not too long ago, a Mississippi legislator, in addition to brushing off home abortion deaths as no big deal, gloated publicly about the fact that physicians performing abortions in that state are literally afraid of being recognized.

Three doctors perform abortions in the state of Mississippi. They fly in from Birmingham. They’re wearing masks…They go in the back door in the parking garage../

With public officials making statements like this, citing physical intimidation as something to be celebrated, is it any wonder that some people in this country feel entitled to set fire to clinics and steal personal information?

Here's a trailer to the movie Fetih 1453, which has become a symbol of the renewed interest of the Turkish public to its glorious Ottoman past. But there's much more to that movie than mere commercial interest.

The epic battle scenes, the massive visual effects and the sumptuous costumes make it look like Troy. The budget is $17 million which makes it the biggest production in the history of Turkish cinema. But this investment was quickly repaid manifold due to the mass mania it caused among the public. Fatih 1453 means "Conquest 1453", and that's exactly what Faruk Aksoy is talking about: the capture of Constantinople by the Ottomans under Mehmet II. The battle that ended the Eastern Roman Empire.