In my opinion this guy's superiors should all be dishonorably discharged without pensions, as this kind of FUBAR can't happen without everybody in this guy's vincinity dropping the ball at the same time. This is both disgusting and entirely indefensible. And as this has followed the pissing on corpses incident, the Quran-burnings, and now this, I think there needs by this point to be an investigation of why the discipline breakdowns keep happening and in a real sense are escalating. It seems that there is something rotten in this particular Denmark. 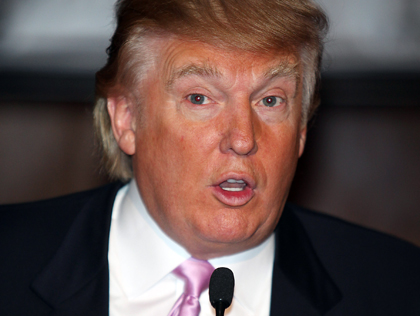 I guess we can be assured Donald Trump's children have inherited their father's colossal "any publicity is good publicity" gene.

First, a wee bit of a warm-up to the topic:

US soldier kills Afghan civilians in Kandahar
http://www.bbc.co.uk/news/world-asia-17330205
A US soldier in Afghanistan has killed at least 16 civilians and wounded five after entering their homes in Kandahar province, senior local officials say.
...
Before Sunday's killings, relations between international forces and the Afghan people were already at an all-time low following the accidental burning of the Koran by US soldiers last month, our correspondent adds.
...
A senior Afghan intelligence official called the latest attack a "propaganda victory for the Taliban".


Now, straight to the point. I think I can understand the argument that the latest outburst of indignation of the masses in Afghanistan (and elsewhere) is evidence that the leadership of the US military has done a pretty poor job in the geographic and cultural preparation of its troops, I mean you can't just go into a country and rely that you'd be revered by everybody by default, without knowing or at least trying to learn something about the local customs. OK, the short-term military victory has guaranteed a long-term military presence in Afghanistan, which is more than 10 years old now, but there are signs that the military didn't even bother to create a more or less reliable mechanism to obtain even the most basic "literacy" of its troops on the matters of the local culture, which would've been quite helpful when you think of it. And now they're paying the price for that. But I don't think the problem is just in "ignorance", it may be going much deeper.

Seriously. The Internet is starting to play on the nerves of the Chinese leadership big time. There was a time when the political debates were led between the editorials in the state newspapers. But now? There's hardly a week without a new debate around the social networks. And the old recipes of the authorities are failing. Here's why.

Just after last Christmas, the popular blogger Han-Han published three essays on his website that were touching on some very sensitive issues like democracy, freedom and revolution. In just a couple of days the three essays received 500 million clicks. In comparison, CPC's official mouthpiece Zhenmin Zhibao usually receives 2.5 clicks a day. In his essays Han-Han called for reforms; he said the government should finally loosen censorship; and China needs free media to counter corruption and power abuse.

Meanwhile he made it very clear that the existing system should be preserved; he said in China real democracy of the Western type is not possible because of the low education level of the Chinese, particularly the rural population who's totally incapable of grasping the concept of democracy. A cultural thing, you know.