In the old days when we were young (most of us anyways) we used to watch Maple Leaf Wrestling or Stampede Wrestling or whenever wrestling your hometown had. We all knew who the bad guys were and we knew who the good guys were. Bad guys were Russian Bear, The Sheik, Kamakazi, or anyone dressed with a swastika. And bad guys cheated. They would stab opponents with pencils, spit fireballs, etc. And Good guys never cheated.

Today, many incarnations of wrestling later, the story lines in wrestling has blurred. Who the good guy is and who the bad guy is... is very unclear. Good guys are not so clearly good and nobody is really a true bad guy to boo for. Which is a sad reflection of modern society and especially the politics of politics. And speaking of which...

Ah-well. I guess that's why all of us anti-authoritarians eventually get diagnosed as mentally ill. Because when we can't trust good guys to be decent, bad guys to be omni-evil, and authorities to be authoritative... we're crazy.

As a student of culture, I am fascinated by the magical rituals and other practices of fundamentalist Christianity. During some of my field work, I attended a service where people went through a rebirth ceremony. Before observing the ceremony, I had encountered fundamentalists who claimed that they would live forever because they were "born again." As I observed the ceremony, I was struck by its shallowness. To the informed observer, it may seem more hollow than the rebirth ritual of the Masons or those of ancient wisdom traditions. Perhaps this explains its limited efficacy and its appeal to a courser clientele.

The magic of fundamentalist ritual can be found elsewhere. It is not so much in the convincing qualities of the rebirth ceremony itself as it is in being welcomed into a closed circle of "true" believers. The wagons have been gathered into a circle with the immortal on the inside and the damned running around outside. If there is any doubt on the part of a member of this tight-knit group, that member must be treated as if she is poised on the precipice of damnation. If her doubt deepens or turns into a conviction, the member must be exiled from the sanctuary of salvation lest she poison the waters of deception with the toxin of doubt.

Although some scholars consider fundamentalism to be a recent phenomenon that has developed as a reaction to modernity, its principles existed prior to the changes that it opposes. Plato describes the reaction against reform as an adherence to "fundamentals." The fundamentalists of today tap into a long tradition of antipathy toward progress that can be seen during each shift of human development. Those who profess to immortality today differ little from ogres of the ancient world. It is no surprise that they attempt to restrict the rights of others based on "divine" rights of their own.

Do you see the power of religious fundamentalism on the rise, or is it heading for decline?

Apologies if the Mod God's do not approve the 'format', but I have a simple question for those humans outside the boarders of the USA.

The rest of us can take a break and enjoy the POV of our global citizens.

Do you find the POTUS election in the USA to be entertaining like these FRANCH people??

If so, why? Who is your favorite character in this Dramedy we have over here in "The States"?

Obviously, as an 'insider' I can not offer an opinion.

In the meantime, enjoy this funny photo of a USA actor that the FRANCH find hilarious: 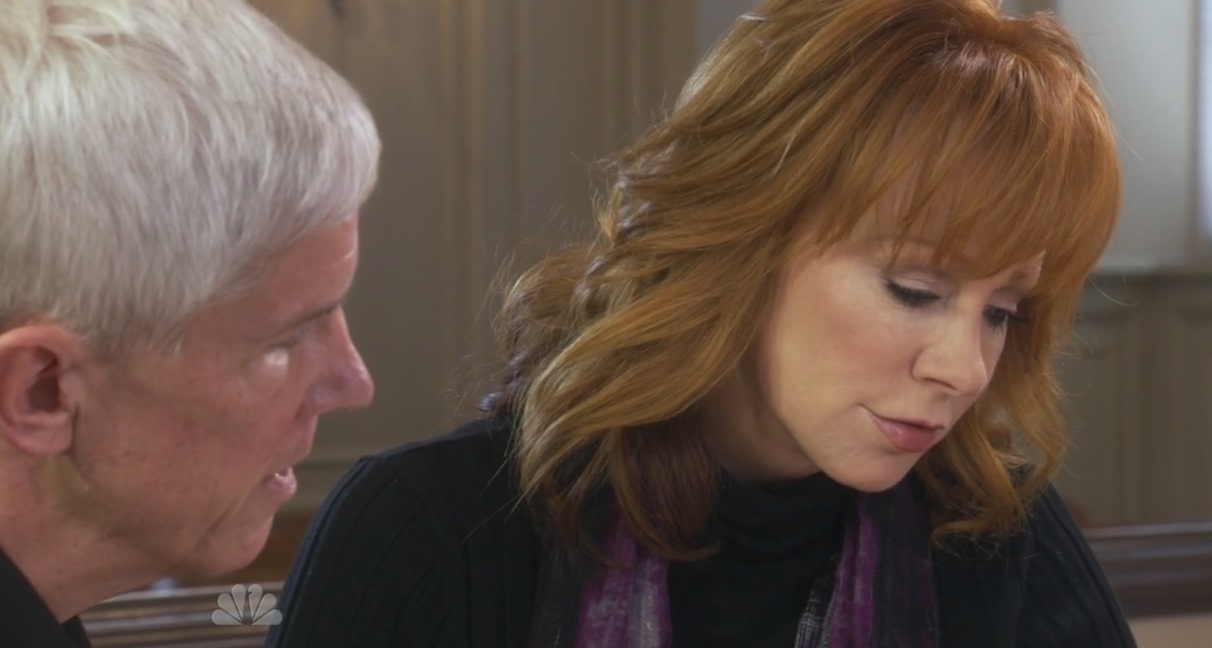 Who Do You Think You Are, a genealogical show that features celebrities and sports figures, highlighted Reba McEntyre recently, and it was a painful journey.


With the death of Mr. Brietbart there's been a lot of talk about civility in modern politics.

Personally I don't think that "civility" is much of an issue. Hyperbolic Vitriol has been apart of this nation's political dialogue since it's inception and Mr. Brietbart's tactics were simply the continuation of a long and proud american tradition.

That said, at what point should we become concerned?

Obviously, there is a huge gap between heated words and tossing people into ovens and I’d hope that we'd all come to our collective senses before things got that out-of-hand but I find myself wondering just how hard it would be to convince this idiot along with his 200+ cheer-leaders that sending cops door to door to arrest anyone bearing a certain socio-political label is not only OK but a good idea?

Is there a problem or am I just being paranoid?

The incident with the burned copies of the Quran by US military in Afghanistan has further undermined the relations between Washington and Kabul. But the big winner might be Iran. The ayatollahs didn't miss the opportunity to use the situation in their favor. The Iranian general Mohammad Reza Naqdi was the most vocal of all officials. He called for retaliation against that "American sacrilege" by "burning the White House". Sounds like the crazy blabbering of a lunatic, but as usual, there's much more behind the statement than meets the eye... ear.

No doubt this scandal will be used by Iran to activate its connections with the Taliban and other extremist elements in the region, and wage a holy war against the infidels. If the US and Israel strike Iranian nuclear facilities as the indications show, the regime of the ayatollahs would do their best to open several fronts in the rear of the "aggressor", including in places like Afghanistan.

It was exactly in Iran that the scandal with the incidental burning of the Quran was met with the biggest outcry, and for a reason. Naqdi, who's heading the special Basij militias (whose task is to protect the Islamic revolution) went the farthest than anybody, rejecting Obama's apology (although it wasn't even addressed to Iran but to Afghanistan). He said the only possible retribution could be the hanging of the commanders who were responsible for the act. "Nothing could heal the wounds that our Muslim brothers have endured, but burning the White House". Wohow, easy chap!

OK, we talked a lot about Rush Limbaugh's "slut" remarks the other day, and all the drama around it. With a risk of perpetuating the "media-generated histrionic", shall we try to look a little beyond the blazing rhetoric and see where the root of the problem might be? First of all, something to clarify. OK, Rush obviously does not speak for all conservatives. Not even for the majority of them. I understand. So my inquiry will be mostly focused on trying to understand the thought process of those few for whom he is speaking. Or who associate themselves with his position on this particular issue. The issue of female sexuality. And I am aware that I am entering deep waters with this. But still...

I would like to learn some more about what exactly is their problem with women's sexuality. One possible explanation is that the problem is all about the money, that they do not want the financial burden... He might both have and not have had a point. That put aside, I think when someone insinuates or directly calls a woman a "slut" for having sex, it probably demonstrates a certain distaste that runs much deeper than the wallet. Particularly when we consider that the cost of a pregnancy can by far surpass the actual expenses for covering a pregnancy. So it must be about something else. It could be something about a woman having sex that seems to threaten a certain group of people who adhere to an extremely conservative-leaning mindset in this respect. And I would really like to know why that is.

[edit] I'd like to extend a request that we keep it as civil as we can. Would you guys please try to do that for me?
Collapse