Should the Government Be Targeting a Different Kind of Discrimination?

For example, one field experiment examined discrimination against disabled people in the context of car repairs, finding that disabled customers received higher quotes than the non-disabled customers. ... In a second field experiment, the authors instructed participants to say the phrase, “I’m getting a few price quotes.” This significantly changed outcomes — disabled participants received much lower offers: “Importantly, the lower offers received by disabled testers after signaling a willingness to search are not statistically different from those received by the abled,” write the authors. “In fact, the disabled now receive slightly lower price quotes.”

I believe people should consider this study very carefully, as it might upset your usual notions of discrimination. I think it shows fairly effectively (or at least is a good start) that discrimination is not always about your physical appearance, but that how you present yourself in an interaction is at least as important. I would say that this also agrees with the observation that people can be "racist", but have "black friends", as their issue may actually be with the way people are acting, but they have it conflated with some physical attribute simply out of lack of analysis. 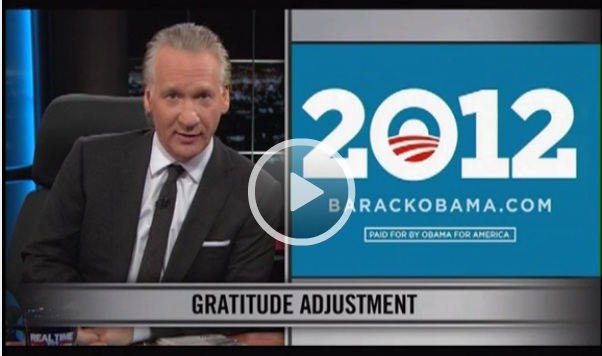 On Friday Night's episode of Real Time with Bill Maher, he turned the tables a bit of his running gag of Republicans that live "inside the bubble" (i.e. completely oblivious to any facts that run contrary to their opinions about various subjects such as global warming/climate change 1, the auto bailout, etc) and suggested that Democrats and moderates who think it's inevitable Obama will be re-elected, giving in the process a short history lesson on the candidate who mis-spoke the most often, did in fact win. He calls the 2000 election as a race of "I.Q. [Gore] versus B.B.Q. [Bush]." Bill Maher doesn't mention this, but President Carter's re-election team thought that a race against Ronald Reagan would be much easier to win than against a moderate like Gerald Ford (had he chosen to run again). Some polls show Obama behind in some key swing states, so Maher's warning is a real one.

Video will not embed.

----------------
1. Speaking of living inside the bubble and not allowing any facts in it, Neil deGrasse Tyson was on the panel and was debating with the conservative vice president of General Motors Bill Lutz, who stated global warming was a complete "crock of shit." video clip of that segment is viewable here. "The financial crisis has shown that we rely too heavily on the market. Maybe this is why there is such interest in Bhutan at the moment. We have shown that there could be a better, more balanced approach to these issues". These words belong to Karma Tshiteem of the so called Gross National Happiness Commission of Bhutan. The Bhutanese are the only people who, apart from the standard measure of GDP also use a unique measure for national happiness.

And what we're talking about here is not some superficial entertainment, bread and circuses or any such stuff that we somehow confuse for "happiness". The word happiness has a much deeper meaning of satisfaction in this context. It's mostly satisfaction with one's life that can't be bought with money and material acquisitions. It's something that rests inside oneself and doesn't come from outside stimulae. At least that's how the Bhutanese are trying to explain it, but I can see how it could be a very difficult concept to understand, especially for us Westerners who are so obsessed with our "way of life" that we can't possibly see other forms and sources of happiness than what we usually perceive as "success" and "being successful".

The Bhutanese obviously are seeing happiness in a very different way. External sources of satisfaction, like sporty cars, a huge mansion, trendy clothes - all of this is seen as merely a fleeting thing that doesn't matter, and couldn't give you anything but a desire to acquire more of it. Which is not exactly happiness.

In an election that serves to remind people that he was never but a puppet of the real ruler of Iran. Because, y'see, there was indeed a great, sweeping turnout of opponents of Armored Dinner Jacket that just cost Mr. "I am a troll, pay attention to me" the election. Except that these people were backers not of the Greens but of the fanatical successor of Ayatollah Khomeini: Ali Khameini. Khameini, of course, is the reigning theocrat controlling a system that depends on theocracy. This is basically equivalent to Israel ditching Benjamin Netanyahu for Yisrael Beteinu in a landslide.

And perhaps, just maybe, this will shut people up on the "Armored Dinner Jacket is the Iranian dictator" idiocy and get people focusing on the real dictator of Iran, Khameini. This, however, is probably too optimistic given the ADD and selective memory of the democracies but I digress.

I think this vid is pretty succinct, how'dya think? Well, the exit polls are unambiguous. There'll be no 2nd round, Putin wins the presidential election in Russia. 58-60% roughly. And no surprise there.

The result was anticipated, and is hardly a shock for anybody. More important is what the opposition's reaction would be and what are Putin's next moves. He'll have to choose between reform or constant protests, repressions and economic stagnation. Whichever way he chooses, he'll have to relinquish absolutist power. Why? Well, let's see why.