Re the post of ja_va.
The crisis cannot and should not be descrIbed out of touch with this week's topics.
Moreover, that was oversimplified. 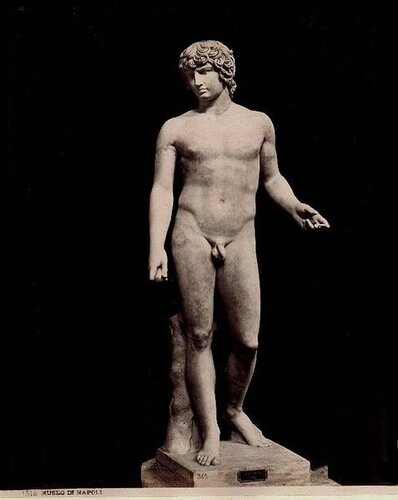 Or maybe it is just the teabagging South Africans?

"Well, people have said that South Africans have told them they must go back to where they come from, they don't belong here," Verryn says. "Some have been threatened, some assaulted. But the general feeling is they must get out of here."

Clearly, Obama as some more non-enforcement to do overseas as well as at home.

There were the usual denials of racism from the usual suspects:

The South African government's response has been ambiguous. It recently re-established the interministerial committee on xenophobia. But its head, and minister of police, Nathi Mthethwa, describes the latest violence as criminal, and not based on race or ethnicity.

They can't fool us; it's not a coincidence that everyone involved is an African American South African.

There are, of course, the usual complaints from residents:

"The people from the outside of this country, we don't need them because they're taking our jobs," says Victor Mbatha, who, like everyone else around the table, is unemployed.

The others nod in agreement.

"We want them to go back to their countries ... because this is our country," Mbatha says.

So...more evidence of racist teabagging or should be believe the transparent claims of the apologists?

If you are pro-life and think abortion should be illegal, or if you think it should be legal but still think it is wrong in some cases... I'd like to know your answers to this set of questions about when is moral for a woman to have an abortion.


The views people have on abortion are often complex. I wrote these questions for a pro-life friend but I remembered that there are a few pro-lifers here so I thought I'd ask here too. I think the questions might bring out the nuances of this contentious topic. Of course, there is a subtext to my questions: "How can you draw the line?" -- but, I'm not so naive as to think that people can't draw a line. In fact, the really interesting excercise is to see the shape that the line forms and the values that it indicates. (So, yes I will judge you by your answers, you know how judgmental Liberals are.)

If you would like to come up with a response battery of questions for the pro-choice folks to answer be my guest.

The story goes that a college proffessor stood before a science class of undergraduates and finished a lecture by saying
"Ladies and gentlemen, in the next 20-30 years, you will discover that half of what I told you was incorrect. sadly, I am in no position to tell you which half that will be."

You may think that the advances of Scientific discovery make science unique, but it seems that a lot of what I learned at school has been incorrect. I was in primary school in the 1960s, and left school to go to work in '73. ( Collapse )

I hate sloppy mathematics. Sloppy mathematics gives good mathematics a bad name. Some of the time people will try to toss out a whole lot of numbers to impress and confuse other people. And that's just what happened on a thread in this forum last night. (Yes I'm going meta.)( Collapse )

It's a long comic, so I'm not going to inline it, you can click on the link.

What do you think of the proposal if it was serious? I think it wouldn't work with a dog, but do you think there's something that you could substitute that would work? Is out of the box thinking like that better or worse than plodding along the way we've always done it?

I was looking at some statistics and comparisons the other day and I thought since it appears to be History Week I'd share them. First, I will state my opinion on statistics in any real sense is summed up by this phrase: you have liars, damned liars, and statisticians.

The first statistic is that under the current Obama Administration two things have occurred/will occur as regards taxes: first, under President Obama taxes are at their lowest since the 1950s. Complaint by the Teabaggers about severity of taxes to me are thus difficult to explain as Dwight D. Eisenhower taxed the American people at levels vastly in excess to those done by President Obama's Administration under much less trying circumstances than the current President has.

So if taxes are this low, whence the complaints about undue taxation?

The other statistic as per here: http://www.cbsnews.com/stories/2009/01/22/politics/main4747949.shtml is that the current President passed the biggest tax cuts of *any* President since before WWII. He did this despite inheriting two long wars with the concurrent massive expenditure that has very much everything to do with the credit crunch at present. Wars are expensive and thus constrict credit. Yet nobody points out that particular elephant in the room.

Another pair of interesting data are as follows: http://www.bnet.com/blog/healthcare-business/health-spending-hits-173-percent-of-gdp-in-largest-annual-jump/1117 Health care at present under the private enterprise system vastly exceeds spending on the defense budget. This is in no small part due to the rise in costs of Medicare. In the midst of two wars which look on pace both of them to pass a decade's worth of dropping multi-million dollar bombs on Middle Easterners who don't like a foreign occupier who's long on promises and short on delivery health care rises and now makes up over 60 percent of US bankruptcies: http://www.cnn.com/2009/HEALTH/06/05/bankruptcy.medical.bills/ and thus is not only the fastest growing problem in GDP but is increasingly an economic issue. All this, I may note, under that lovely free market system that is even longer on promise and shorter on delivery than the government has been.

And as per 2010 the Iraq and Afghanistan Wars total over 1 trillion for results that to me amount to bupkiss: http://www.nationalpriorities.org/costofwar_home. So if I am to understand the fiscal conservatism crowd, as Medicare skyrockets we are must let it alone, and we must also eschew raising taxes in the midst of wars that now total over 1 trillion and must be continued forever for no gain. These wars have pitted a 21st Century superpower army against shepherds armed with improvised weapons.....and the shepherds are kicking our asses around the block, having adapted to our tactics much faster than we've done to theirs. In the midst of 2 fiscally ruinous and unwinnable wars concurrent costs that are to the Right Wing never to be trimmed we are to take courses that will destroy us?

I have a hard time seeing how fiscal conservatism can be defined as ruinous expenditures on white elephant wars and ignoring two glaring pork barrel refuges in the national budget and being blind also to the question of paying for budgets that will cripple my generation and my grandchildren's generations, while the faction most bent on ensuring things are this way lies through its teeth to claim it is also the most concerned about this. So do enlighten me as to how the things described, all of which have been left to get increasingly rotten by the GOP, whose ideas consist of "NOOOOO!!!!" and "STATUS QUO" over and over again, can be solved under Conservative ideas.

And yes, I am well aware of the "Group X has no idea so we don't need one" fallacy so that does not count as an answer.

Just this week: Elena Kagan was sworn as the newest justice on the Supreme Court. Can you imagine the Roberts court had President McCain had the opportunity to nominate two justices? It would be even further to the right than it currently is (the Roberts court is the most conservative since the 1930s). For the first time three female judges are on the Supreme Court at the same time, and all of them were nominated by Democratic presidents. For the record, President Obama has appointed 40 federal judges with nearly another fifty nominated and awaiting Senate confirmation (which will be sped up with the revision of the Senate rules when the new Congress is seated in January).

It's been a while since the last time we discussed a hypothetical situation, taken from the NationStates online game, where you're the benevolent ruler of your own country. Last time the issue was mandatory vaccinations, and it was a tough call, but eventually Beth the health spending expert won your vote, indicating that most of you prefer optional vaccines which are however tied to receiving free health care.

Now the issue is a very familiar one - terrorism, and the way society should respond to it.

All of [Insert Country Name] has been in an uproar since yesterday when a car exploded in the middle of the capital city, killing dozens and injuring hundreds. This terrorist act was traced back to a violent minority group known as the Lilliputian Freedom Fighters. A group allegedly supported by an unfriendly regime, despising Insert Country Name for its heathenish ways and political bent, but more particularly for supporting the recent occupation of their homeland by an ally.